Genetics and Metabolism of Rare Cancers 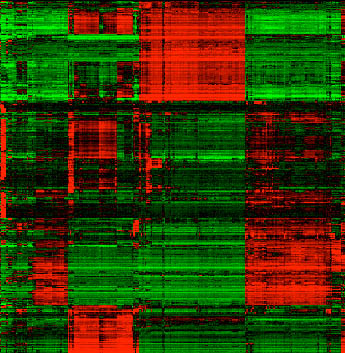 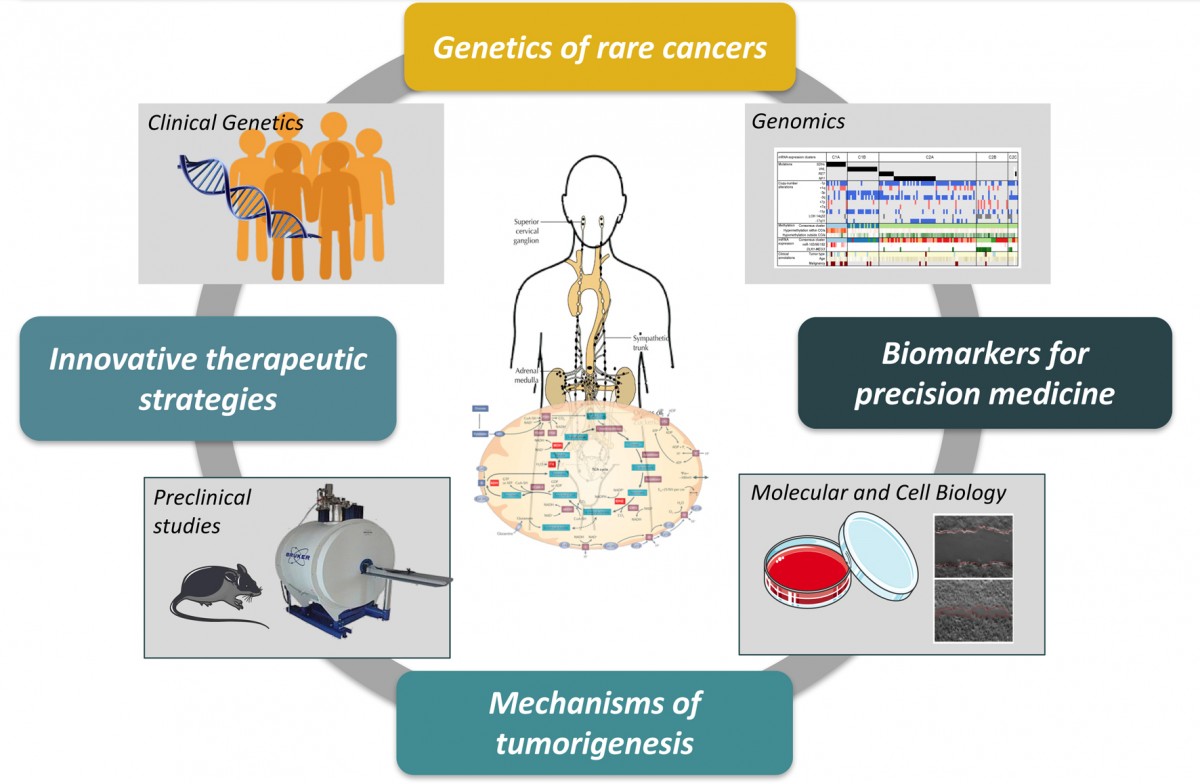 In the last period, we have drawn the molecular map of PPGL, thanks to the extensive characterization of the PPGL COMETE cohort, and identified somatic biomarkers, that are specifically associated with a driver mutation, with a peculiar clinical phenotype (tumor location, malignancy) or that can provide targetable candidates for the guidance of precision therapeutic strategies. Our first aim will now to promote genomics-based precision medicine in PPGL with validated molecular signatures and to develop new circulating biomarkers for surveillance, via tumor and liquid biopsy assays, respectively. Our translational research program will be developed into three granted projects: COMETE-TACTIC, JUMPPP and ENSAT-HT that will give us access to retrospective and prospective clinical annotations/germline DNA/tumors/liquid biopsies collected in France via the COMETE-Cancer expert centers (COMETE-TACTIC and JUMPPP) and in Europe via the expert centers of ENS@T.

Aim 2: To study the genetics of rare cancers with a focus on metabolism

Since the initial discovery of SDHD as the first tumor suppressor gene encoding a mitochondrial enzyme, 9 genes encoding mitochondrial proteins have been identified as directly causative of inherited (SDHA, SDHB, SDHC, SDHAF2, FH, MDH2, MC) or sporadic (IDH1, IDH2) forms of cancers. These genes are associated with PPGL predisposition with variable frequencies, but can also cause renal cancers, GIST or leiomyomas. Despite the major advances that were achieved, key questions remain to be addressed.  First, the PPGL COMETE cohort of patients (more than 3,000) still includes around 15% of patients with multiple localizations or familial forms of the disease that haven’t been explained. Second, the exact implication of mitochondrial encoding genes in other types or rare cancers than PPGL has not been fully addressed. Our second aim will be to clarify these two issues and to evaluate the clinical impact of genetic testing on the follow-up of affected patients and their relatives.

Aim 3: To decipher the mechanisms of tumorigenesis associated with TCA cycle mutations

Following the identification of TCA cycle encoding genes mutations, the understanding of the tumorigenic mechanisms associated with such metabolic dysfunctions has greatly progressed. Our team has been particularly active in these advances and we have published pioneer studies that revealed the oncometabolite role of succinate, modulating 2-oxoxglutarate dependent dioxygenases such as HIF prolyhydroxylases, DNA and histones demethylases. Inhibition of these enzymes explains the pseudohypoxic and hypermethylator phenotypes of SDH-deficient PPGL, which participate to angiogenesis, dedifferentiation and EMT. Despite these major progresses, many questions remain unsolved. First, the tissue-specificity of the tumor spectra associated with these respective mutations remains a complete mystery. Mitochondrial function is indeed a ubiquitous process. However, SDHx mutations cause PPGL, rare cases of kidney cancers and GIST, while FH mutations are predominantly associated with cutaneous and uterine leiomyomas, papillary kidney cancers, and rarely with PPGL. Finally, somatic mutations in IDH1/2 genes are identified in 80% of secondary glioblastomas, as well as in chronic myeloid leukemia and chondrosarcomas or cholangiocarcinomas. It is still unknown if the recently identified genes (MDH2 and SLC25A11) are to be found in other tumor types than PPGL. Another if not the most crucial question in the field is the heterogeneity in the prognosis associated with these different genes mutations. Indeed, our team has demonstrated that mutations in the SDHB, FH and SLC25A11 genes are specifically associated with malignancy and (at least for SDHB), poor prognosis, while SDHA, C or D mutations are mostly found in benign tumors. Similarly, IDH mutations are considered to be of good prognosis in glioma. The aim 3 will be to elucidate this phenotypic heterogeneity in TCA cycle associated cancer predispositions, both in terms of tissue-specificity and clinical outcome.

The combination of genomic studies in patients and in vitro mechanistic studies have and will provide targetable pathways that will ultimately constitute therapeutic strategies applicable to patients care. At the present time, we estimate, based on our current knowledge, that three main pathways are/may be promising. They relate to i) angiogenesis, ii) DNA/histone methylation (that will be evaluated in the JUMPP trial (see aim 1)) and iii) metabolism. These studies will first be performed in mice harboring Sdhb-/- allografts, in close collaboration with Team 2, with whom we  will monitor the responses by studying simultaneously tumor angiogenesis and metabolism using their imaging technology that merges Positron Emission Tomography-Computed Tomography (PET-CT) and Ultrafast Ultrasound Imaging (UUI) (PETRUS).