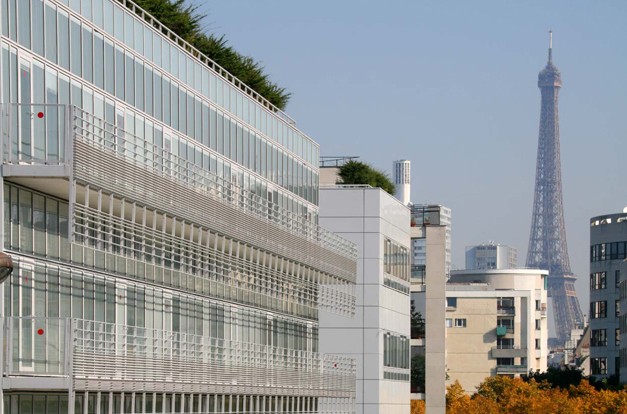 Despite of their promising use as biomarkers and drug vehicles, very little is known about the dynamic of extracellular vesicles (EVs) secretion and their physiology in vivo. Here we proposed to fill this gap by developing a hCD63-based fluorescent reporter that allowed us to analyze their secretion in live cells and to track them from their site of production to their final destination in in vivo models. The use of this construct in cell lines revealed specific features and new stimulatory pathway of exosome secretion. The use of this construct in zebrafish embryos allowed us to observe exosome release in vivo and track a massive pool of endogenous exosomes in the blood flow by combining light- and electron microscopy techniques. After cell specific expression of the construct in vivo, we tracked endogenous exosomes by live imaging in the blood flow to identify their main targets. The mapping of the transit routes and final destination of EVs in zebrafish embryos support their role in nutrient delivery during development. Altogether, our work highlights the use of fluorescent reporter to study the regulation of exosome secretion and the use of the zebrafish embryo as a relevant vertebrate model to track endogenous EVs in vivo
Since 1998, Guillaume van Niel has investigated exosomes and their compartment of origin, multivesicular bodies. During his Ph.D at the Necker institute (Paris, France), he reported and investigated the secretion and the function of exosomes secreted by intestinal epithelial cells in food antigen presentation.  In 2003 at the Utrecht medial center (Utrecht, the Netherlands) he demonstrated ubiquitination of MHC II molecules, a key post-translational modification for sorting to multivesicular bodies in dendritic cells. In 2005 he joined the Curie Institute (Paris, France) and obtained a CNRS permanent position in this team in 2008 to investigate the biogenesis of multivesicular bodies in pigment cells. He notably reported the role of intraluminal vesicles in the generation of physiological amyloid fibrils. Since 2017 he is team leader at the Center of Psychiatry and Neurosciences (Paris, France) and research Director at CNRS. He is using his strong expertise in the cell biology of exosomes and in different technics of electron and light microscopy imaging to develop new tools to visualize exosomes, notably in vivo, and to understand the role of the endosomal dynamic in amyloid associated pathologies.